I know firsthand the struggle of finding an effective treatment for acne scars, especially one that won’t break your bank account (like $1,000+ laser treatments!!).

Fortunately, chemical peels like trichloroacetic acid (TCA) are one of the best options to improve your scar appearance and promote a healthy-looking complexion. (1)

In this post, I’ll explain what a TCA peel is (including TCA CROSS), the key benefits, the evidence from 27+ medical studies, potential side effects, and aftercare instructions.

But first, let’s find out if a TCA peel is suitable for you.

Should You Get A TCA Peel For Acne Scars?

In my opinion, this depends on 3 factors:

If you have atrophic acne scars (such as rolling, boxcar, or ice pick scars), a TCA peel is an excellent way to remove the damaged scar tissue and stimulate collagen growth.

Over time, this allows healthy skin to grow back and fill in the “gaps” of these scars.

If, however, you have raised acne scars (such as hypertrophic scars and keloids), TCA might not be as effective since your main problem here is actually excess collagen.

A better option would be corticosteroid injections paired with silicone gels or sheets. (2)

You may have heard of “Fitzpatrick skin type” at your dermatologist’s office before.

Created by Dr. Thomas B. Fitzpatrick in 1975, the Fitzpatrick scale (1-6) reflects the level of melanin pigment in your skin (darker skin types have more melanin).

Here’s an easy (and fun) way to identify your skin type from Game of Thrones:

If you have darker skin (III-VI), research shows that you’re more likely to experience some side effects including hyperpigmentation, hypopigmentation, demarcation lines, and even further scarring (yes, unfortunately ????). (3, 4)

The most common complication is post-inflammatory hyperpigmentation (PIH), but you can reduce your risk of getting it by taking adequate precautions, such as:

3. Do If You Have Any of These Contraindications?

Finally, it’s a good idea to check if you have any of the following conditions:

as these may increase your risk of potential complications. (3)

Speak to your dermatologist to understand the risks before proceeding with a TCA peel. For at-home peels, always start with a low concentration (10-15%) and work your way up.

What Is A TCA Peel?

TCA was discovered as early as the 1880s (5) and was first documented by Monash (1945) as a potential treatment for acne scars, eczema, and other skin conditions. (6)

In the following decades, TCA has become widely used by dermatologists and patients for a variety of common skin problems, including:

The TCA peel is best described as a Swiss army knife.

It is highly versatile and can be adjusted by concentration and technique or combined with adjacent therapies to reach almost any part of the skin.

Depending on the concentration and number of coats, TCA can be classified as a:

In addition, as we’ll see later in the medial literature, TCA is increasingly being combined with adjacent therapies (most notably, microneedling) to produce a deeper peel than what would normally be achieved by TCA alone.

What Is TCA CROSS?

Chemical Reconstruction of Skin Scars (CROSS) is a popular and extremely effective technique that involves applying high concentration TCA (50-100%) directly to the base of atrophic acne scars using a wooden applicator (usually a toothpick). (8)

The CROSS technique was originally developed by South Korean doctors in 2002 and has been widely proven in the medical literature as an effective and inexpensive method of removing ice pick scars (narrow and deep puncture marks).

The advantage of TCA CROSS is that, unlike a full face peel, only the problematic areas are treated while the surrounding skin remains intact. This helps reduce the downtime as healthy skin cells can migrate to the new wound to speed up the recovery process. (9)

What Are The Benefits Of A TCA Peel?

There are many reasons to consider a TCA peel:

Unlike superficial peels like glycolic acid, TCA can penetrate beyond the epidermis into the papillary (upper) dermis to correct deeper acne scars (as well as wrinkles and fine lines) by stimulating new collagen growth and tissue regeneration in the dermis.

I know the text is probably too small to read, so here’s a summary of what each line represents (from left to right):

As you can see, a 35% TCA peel (with or without pretreatment primer) is going to remove more layers of skin tissue (and address deeper skin problems) than any superficial peel.

The only peel that penetrates deeper is Baker-Gordon Phenol, which has fallen out of favor due to longer recovery times and a higher risk of complications. (1)

For beginners and at-home usage, however, I recommend starting with a 10-15% TCA peel which will provide a similar level of exfoliation as 50-70% glycolic acid. (7)

Those are some very impressive numbers!

Further studies by Yug et al. (2006) and Fabbrocini et al. (2008) in the U.S. and Italy, respectively, showed that TCA CROSS produced long-term decreases in acne scar depth and increases in collagen fibers, as seen in skin biopsies and clinical examinations. (10, 11)

Fabbrocini also found that 50% TCA was effective for scar revision (instead of 90-100%).

3. TCA Is More Affordable Than Other Scar Treatments

I know I definitely don’t want to pay $1,000+ per session for laser treatments when there are more cost-effective options available (source: PlasticSurgery.org).

According to RealSelf, the average cost of a full face TCA peel is about $200 a session (source: RealSelf). The actual cost depends on your area, clinic, and practitioner.

The average cost of TCA CROSS is roughly $200 a session as well (source: LA Skin MD).

For comparison’s sake, the average cost of microneedling is $100-$200 a session, microdermabrasion is $175 a session, and intense pulsed light (IPL) is $600 a session.

While microneedling can also stimulate collagen growth, it may not be as effective for deeper atrophic scars as the needles must penetrate into the papillary (upper) dermis in order to promote wound healing and collagen remodeling. (also, needles scare me!)

Microdermabrasion only provides surface-level exfoliation while IPL is about as expensive as most laser treatments (almost $2,000 after 3 sessions!).

Now, if you’re comfortable with doing a TCA peel or CROSS at-home, you can save a lot on expensive dermatologist visits (because you’re really paying for their time and expertise, not the actual material cost of the chemical peel).

Is There Any Evidence From Medical Studies?

I wouldn’t be called The Derm Detective ???? if I didn’t have any actual evidence.

The following studies have found that TCA, with or without Jessner’s solution, is a very effective treatment for atrophic acne scars, as shown by increased collagen formation and significant improvements in scar severity scores:

Next up, the following studies on TCA CROSS highlight the effectiveness of this technique for pitted and ice pick scars:

In addition to stand-alone studies on TCA, there’s growing evidence that a combination approach with microneedling, subcision, and/or laser therapy yields the best results:

Similarly, TCA CROSS has been used in combination therapy:

Are There Any Side Effects Or Complications?

You should be aware of the following potential side effects and complications. (3) 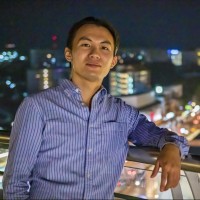 Hi there! I've had skin problems all my life (from acne to scars to KP). That's why I created TheDermDetective.com to help readers like you SOLVE YOUR SKIN MYSTERY with science-based investigations! 🕵️‍♂️

Hi there! I've had skin problems all my life (from acne to scars to KP). That's why I created TheDermDetective.com to help readers like you SOLVE YOUR SKIN MYSTERY with science-based investigations! 🕵️‍♂️