By:
Tom Qiao
|
Updated:
December 22, 2022
We earn a commission if you buy through our links at no additional cost to you.

In this post, I provide the facts on Dermatix vs Mederma, including key ingredients, clinical studies, customer reviews, and my personal experience.

💡 Here's the key difference between Dermatix and Mederma:

Dermatix (as well as Dermatix Ultra) is a brand name silicone gel that was originally owned by Canadian-based Valeant Pharmaceuticals.

Prior to 2007, Valeant contracted with Advanced Bio-Technologies, Inc. (the owner of Kelo-Cote) to manufacture Dermatix using the same formulation as Kelo-Cote.

After 2007, Valeant contracted with Hanson Medical, Inc. (the owner of Scarfade) to manufacture Dermatix using the same formulation as Scarfade.

In addition, Valeant created two variations of Dermatix, Dermatix Ultra and Dermatix C, that incorporated a combination of silicones and other ingredients including vitamin C.

Today, however, the Dermatix brand is owned by Dutch-based Mylan N.V. (now Viatris Inc.) and Italian-based Menarini in the Asia-Pacific region.

Here's an example of Dermatix by Mylan (in the black & gold packaging):

And here's an example of Dermatix Ultra by Menarini (in the yellow & blue packaging):

In particular, Dermatix Ultra (or Dermatix C, depending on the package) uses CPX technology, which stands for cyclopentasiloxanes, the main type of silicone that it uses.

Now that we've cleared that up, let's talk about why you should use a silicone gel.

Silicone gels and silicone sheets have been the gold standard of scar treatment for decades and are recommended in the International Clinical Recommendations on Scar Management. (source: Dermatologic Surgery, 2014)

In particular, a silicone gel helps reduce the appearance of hypertrophic scars and keloids from burns, surgery, car accidents, and acne, including the size, height, and color of scars.

Currently, you can buy 15 g (0.5 oz) of Dermatix for around US$25.00 from different sellers on Amazon (it's about the same price for both versions of Dermatix).

This works out to ~$50 per oz, making Dermatix reasonably affordable (but not exactly cheap).

If you're shopping around, though, I recommend these silicone gels as well:

NewGel+ is one of my preferred silicone gels as it has a very smooth gel texture and includes bonus vitamin E to help moisturize and soften your scars.

NewGel+ is manufactured by NewMedical Technology, Inc., the same company behind the premium silicone gel, Silagen.

While NewGel+ is not cheap at ~$54 per oz, I personally like the formula better and have seen good results for my own scars (NewGel+ has over 500 reviews on Amazon as well).

If you're looking for the cheapest silicone gel, Aroamas is only ~$30 per oz and has received thousands of reviews on Amazon.

I haven't personally tried Aroamas yet but it's amazing value for money at this price.

On the other hand, Mederma Advanced Scar Gel is an excellent option for low risk scars like kitchen burns, minor cuts & scrapes, and small bruises.

That's because some studies have shown that Mederma helps minimize new scar formation (Draelos, 2012) and it's much more affordable than silicone gels at ~$16 per oz.

However, the clinical evidence is still mixed and inconclusive, whereas silicone gel has been proven time and time again by randomized clinical trials (RCTs) and medical reviews.

Overall, if you are concerned about your scar's appearance, I recommend using a silicone gel like Dermatix or NewGel+ 2x a day for at least 3-6 months to give your skin the best chance of achieving an optimal recovery outcome following an injury or surgical procedure.

However, if you have an old scar like a mature keloid (2+ years), you may want to speak to your dermatologist about corticosteroid injections as well, as I've personally found them very helpful for flattening my keloid scars and gradually restoring more normal skin color.

Are you searching for the best scar treatment?

(Me too! That's why I started The Derm Detective 🕵️‍♂️)

While there's plenty of scar creams on the market, did you know that the #1 recommended over-the-counter (OTC) scar treatment is medical grade silicone?

Silicone forms a unique semi-permeable barrier that protects your scar from infection, keeps it hydrated by preventing water loss, while allowing oxygen exchange.

If you're interested, here's an excellent video on scar formation and how silicone works:

Now that you know how silicone works in theory, how effective is it in practice?

Since its introduction in the 1980s, there's been hundreds of clinical studies on silicone gel and silicone gel sheets.

Fortunately, Hsu et al. (2017) and Wang et al. (2021) have reviewed the medical literature and concluded that silicone is statistically more effective than placebos or no treatment:

As I explained earlier, Dermatix is reasonably affordable at ~$50 per oz compared to similar silicone gels like NewGel+ ($54 per oz), Aroamas ($30 per oz), and BioCorneum ($32 per oz).

However, price is not the only consideration because ultimately, it's the results that matter.

With silicone gels, it's difficult to tell the difference in product quality without using the product because every manufacturer will say they use 100% medical grade silicone.

Based on my research, we know that Dermatix was using the same formula as Kelo-Cote prior to 2007 and then switched over to Scarfade after 2007.

Therefore, Scarfade (700+ reviews on Amazon) would be a pretty good indicator of how effective Dermatix is since they're the exact same formula, just in different packages.

Dermatix Ultra, however, is a variation that uses CPX technology (cyclopentasiloxanes) along with a vitamin C ester.

Cyclopentasiloxanes are pretty common in skincare, so I don't think it's a big differentiator, but the vitamin C might be helpful for brightening scar marks and reducing redness.

Overall, if you plan to buy Dermatix, make sure to buy an authentic product from a pharmacy, medical professional, or online via Amazon where you can find both versions for sale:

My Verdict: If you have high risk scars (e.g. hypertrophic scars or keloids from burns, surgery, trauma, acne, or you have a family history of keloids), use a silicone gel like Dermatix to minimize scar formation, promote post-op recovery, and reduce itchiness and redness.

With 16,000+ reviews, there's definitely no question that Mederma is the most popular scar treatment (currently the #1 Bestseller in Scar Reducing Treatments).

But does Mederma really work on scars? 🤔

Before I provide you the answer, let me first tell you that I've personally used Mederma for 6+ months, reviewed the original clinical study in 2012 by Dr. Draelos, and consulted the medical literature on scar treatment.

In addition, I'd like you to keep in mind that everyone scars and heals differently, as genetics play a key role in how your body recovers from a wound.

In short, use Mederma on "low risk" scars only.

Low risk scars are defined in the International Clinical Recommendations on Scar Management as:

In other words, I recommend using Mederma for less serious wounds, such as mild burns, cuts & scrapes, bruises & accidents, and other minor injuries.

That's because the key ingredient in Mederma Advanced Scar Gel is onion bulb extract (a.k.a. Cepalin in Mederma's marketing materials and allium cepa in the ingredient list).

According to the 2014 International Clinical Recommendations on Scar Management (Part 2), a highly influential research paper authored by the world's leading experts on scar treatment, there's conflicting evidence on the effectiveness of onion extract for scars.

Some studies showed positive evidence, like the original clinical trial by Draelos et al. (2012) that was sponsored by Merz Pharmaceuticals (the parent company of Mederma).

However, there's a number of major flaws with this study:

Other studies found that onion extract was no better than similar topical treatments but resulted in more frequent side effects (itchiness, redness) that caused patients to stop using it. (source: International Wound Journal, 2021)

In addition, many studies used multiple active ingredients in their formulations which made it more difficult to isolate the effects of onion extract. (source: Dermatologic Surgery, 2014)

Finally, here's my personal opinion of Mederma Advanced Scar Gel based on 6+ months of using it on my chest keloids:

My Verdict: Taking into account the key ingredients, clinical studies, and my own experience, I recommend Mederma Advanced Scar Gel for low risk scars as the medical evidence is mixed. Mederma may help minimize scars from minor injuries and accelerate the recovery process.

For high risk scars, however, I recommend using a silicone gel or silicone sheet because it's safe (no side effects), clinically proven for scar treatment, and reasonably affordable. 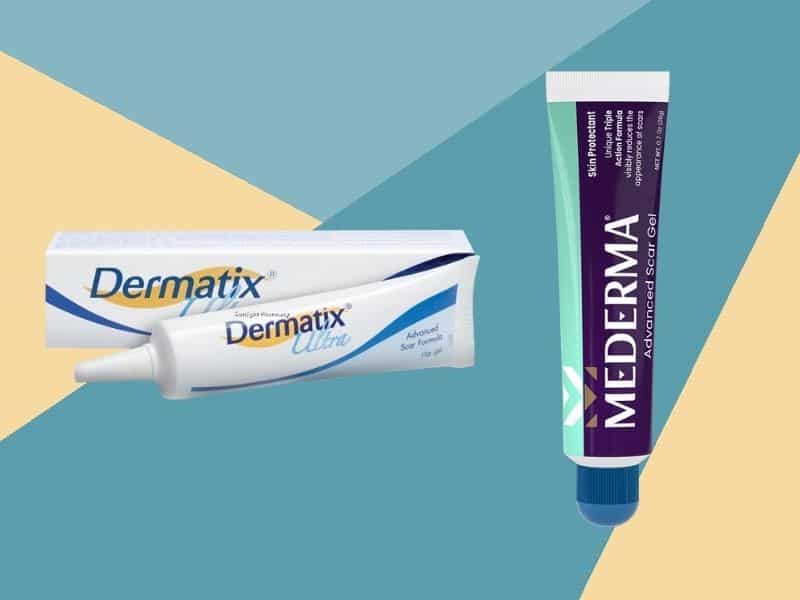